On Friday we went out to dinner and a Thai club, D&D, to celebrate Holly’s last night in Thailand. I was disappointed that I only had two weeks to spend with her, but I wish her the best of luck back home, with all that she pursues. 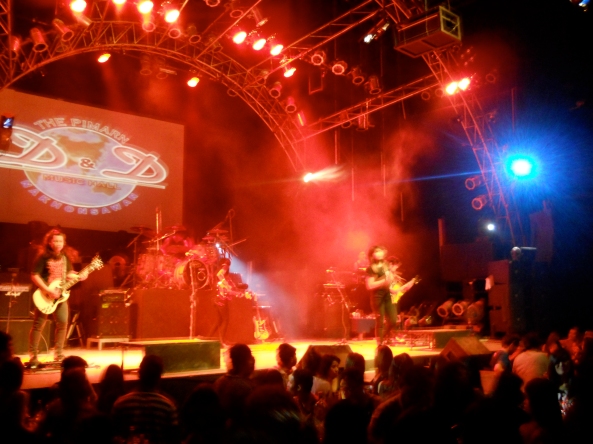 At the club they alternate between a pre-recored Dj set and live performances. The live performances are absolutely ridiculous, and although the singing is in English, all the speaking between songs is in Thai. They started with a metal version of Lady Gaga’s “Bad Romance” and it all got weirder from there. There were guys with socks stuffed into the front of their pants, that they were throwing at the audience, and guys in sleeping gowns with pink panties on. Despite the fact that I had no clue what was going on, something I’ve just learned to accept, I had a blast. We were literally the only foreigners in D&D, and most people can’t talk to us in English, but partying seems to be a form of communication. They all smile, wave, laugh and pass us drinks, and come over and hang out with our group. Everyone in Thailand is soo nice, it’s really different than America.

On the big screen TVs they were playing muted scenes from Harry Potter, while blasting Major Lazer. It’s hard to explain how weird Thailand is… but it works and it’s fun so you just accept everything you see as the new normal. 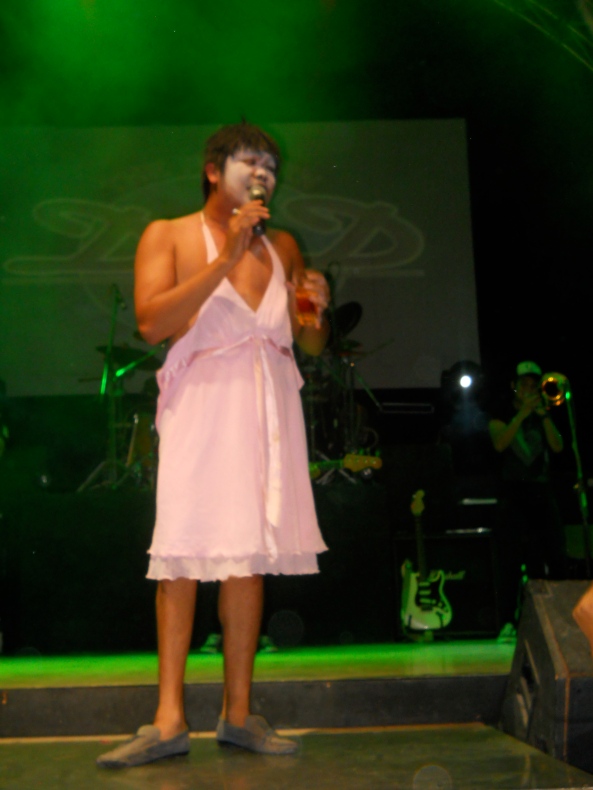 An alcohol holder attached to your dashboard- Classy (this is in the car featured above). Danni and I asked them for a ride home, but ended up getting a ride in another car where no one spoke English. The most they could say was “Happy Thailand,” and that was repeated about a 100 times on the way home. The girl in the front seat kept turning around, grabbing Danni’s hand, kissing it, and saying “happy Thailand, happy Thailand.” They also tried to say that the guy’s name sitting in the back with us was Cat Meow. It was by far one of the craziest rides I have ever had. Our Thai friend Max put us in the car with them and we instantly started questioning how well Max knew them, but by then it was too late, because they didn’t understand anything we were saying. The driver would not keep his eyes on the road, but instead had his head turned around the entire time, looking at us in the back seat. We kept yelling at him to pay attention to the road, and he kept responding, “Night cap? Night cap?” It’s amazing we made it home in one piece. I’m finding that the communication barrier mixed with alcohol is either a recipe for disaster or a total adventure.